Last week our Chief Mechanical Engineer took a group of students from Loughborough University to look at the smokebox and exhaust of Bulleid Light Pacific 34039 Boscastle that is currently undergoing overhaul on the Great Central Railway. 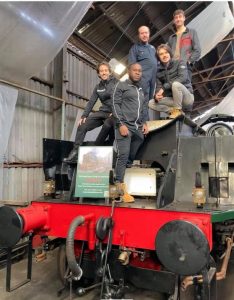 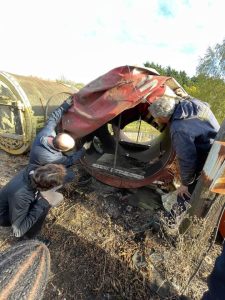 This was to aid their understanding of the geometry they’re studying as part of developing the internal aerodynamics and draughting of our 35011 General Steam Navigation.
Following the success of the 2020/21 Loughborough University collaboration projects  we are running further projects in 2021/22 to look at aspects of the blastpipe design in more detail.
The intention is to compare the potential performance of a Bulleid-Lemaître blastpipe with other concepts such as the Giesl and Lempor ejectors.
For more details on our University collaboration projects with Loughborough University click here.
Thanks to Andy Morgan and Mike for hosting us.
For more information on how you can help support our project click here.

Hornby: A Model World’ will be coming to your TV screens on Monday 11th October at 9pm on Yesterday Channel as the first episode of the ten-part series goes live!
The new UKTV Original series features behind the scenes action at Hornby HQ, of what goes into making Hornby, Airfix, Scalextric and Corgi models.

From century old steam engines to cutting edge racing cars. Each programme follows the process from drawing board to perfect mini replica. The series observes the ups and downs of the design process as Hornby  attempt to get the all important detail spot on, whether it is perfecting the sound of a 1930s steam loco or the stitching on a First World War fighter plane. 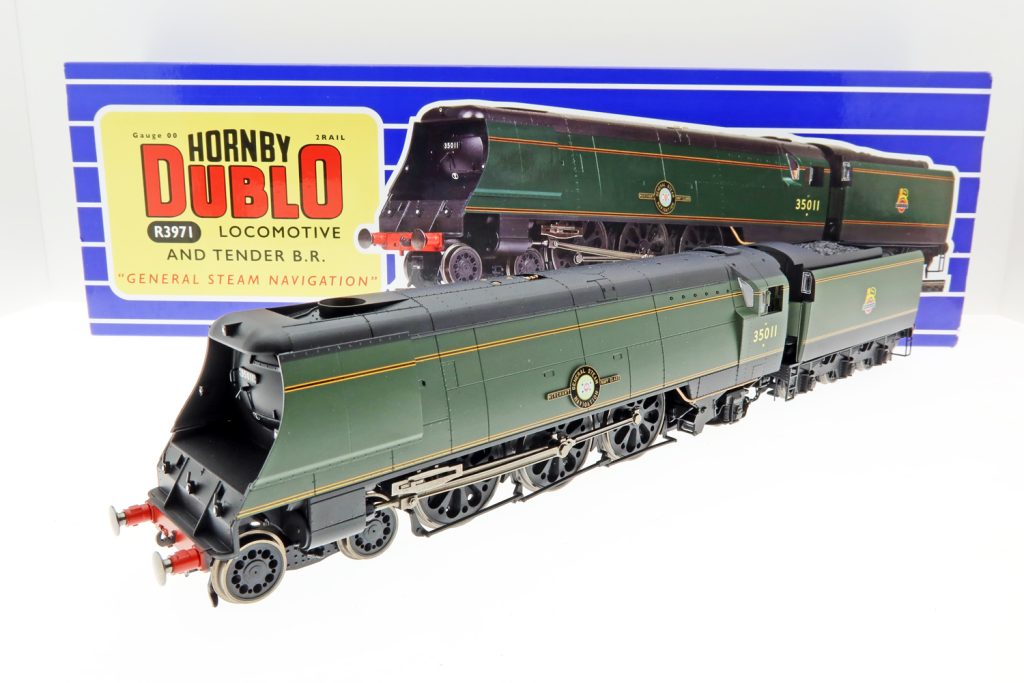 In the first episode, the Hornby team go back to their illustrious past when they decide to launch a metal diecast replica of a 1940’s steam locomotive, our very own  Merchant Navy, 35011 General Steam Navigation. It’s a passion project for Development Director Simon Kohler who fondly remembers his brother getting one for Christmas as a child.
UKTV cameras visited one of our working weekends earlier this year to feature our project to restore 35011 General Steam Navigation back to original air smoothed condition complete with Bulleid’s patented chain driven valve gear to view our progress in the restoration of the full size version of Hornby’s model.
For more information on how you can help support  the project click here.

At the Annual General Meetings of the General Steam Navigation Locomotive Restoration Society (GSNLRS) and General Steam Navigation CIC we were delighted to announce that following the removal of the trailing truck from the frames in October 2020 and months of preparatory work by their hard working volunteers, that the restoration contract for the trailing truck has been awarded after a tender process to North Norfolk Railway Engineering.

Located at Weybourne Engineering works, North Norfolk Railway Engineering presented a strong bid for the work, with a high level of engineering detail, that respects the historical merit of the unique in preservation fabricated Merchant Navy trailing truck. 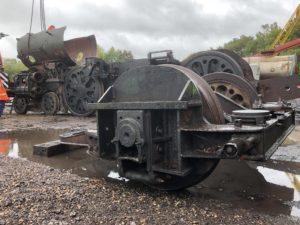 Originally fitted to a series 3 Merchant Navy, our fabricated trailing truck is the last survivor of its kind. Lighter than the cast truck fitted to the other preserved Merchant Navy locomotives, longer than a Light Pacific’s truck, the GSNLRS are having this unique piece of Bulleid locomotive design restored to mainline standard, a crucial step towards GSNLRS’s vision of an original Merchant Navy with original air smoothed casing and Bulleid’s patented chain driven valve gear.

For more information on the North Norfolk Railway go to: www.nnrailway.co.uk

Since 1966, 35011 has been without it’s central crank axle. Alongside the missing valve gear, this has been the driving force behind the decision to return to original design condition, due to the cost of replacement to either design being similar.
After many years of behind-the-scenes research in the BPLA collection & National Archive in Kew, and recent detailed Finite Element Analysis conducted at the University of Birmingham, under the supervision of Professor Karl Dearn, has demonstrated that A4T steel is of a suitable grade for the correct balanced crank axle design for 35011 in original design condition.

This means the GSNLRS can proceed to final design of the central axle & balancing of the motion, and the order placement for the steel in the coming months and moving the project further forwards to a functioning original Merchant Navy once more.
For more information on the University of Birmingham FEA Project outcomes  click  here:

These two announcements are major steps forward for the General Steam Navigation Restoration Society, for more information on how you can help support  the project click here. 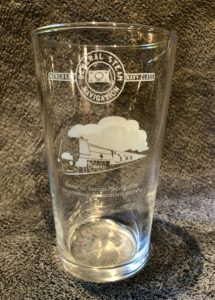 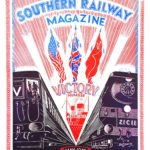 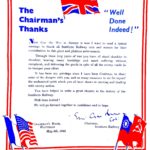 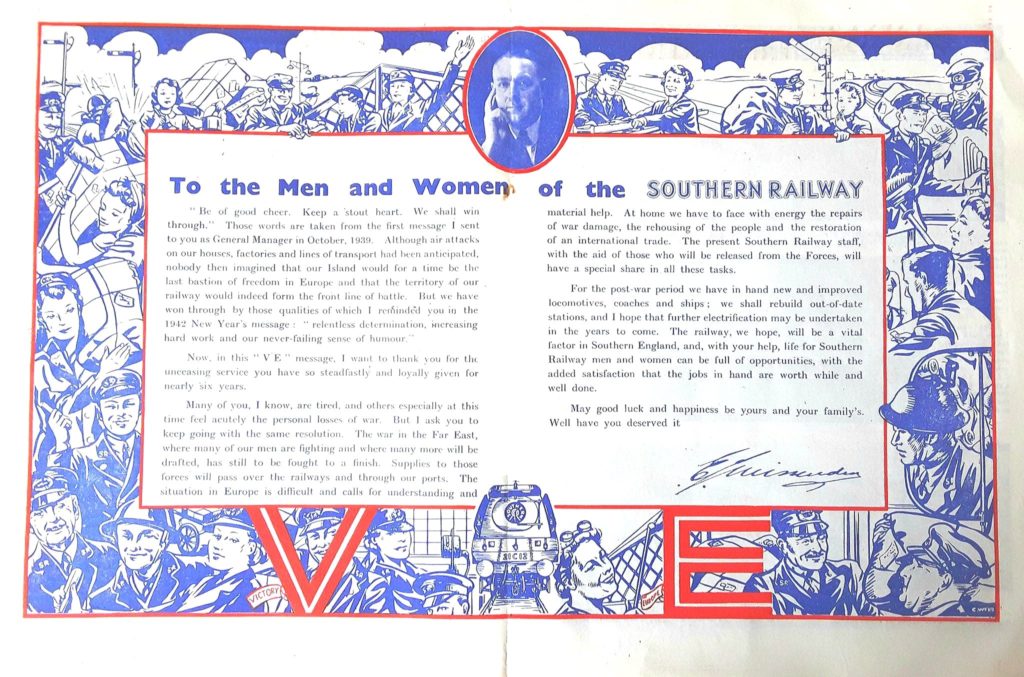