#OnThisDay in 1948, General Steam Navigation re-entered service following an overhaul at Eastleigh works. The locomotive which now an updated livery featuring the BR Gills Sans numerals and lettering and the removal of the unique  bulbous casing between the bufferbeam and outside cylinders. Colour photos of General Steam Navigation in his particular livery are hard to come by but thanks to our friends at “The Battle of Britain Locomotive Society” you can see 34081 92 Squadron in steam in this particular livery variant. 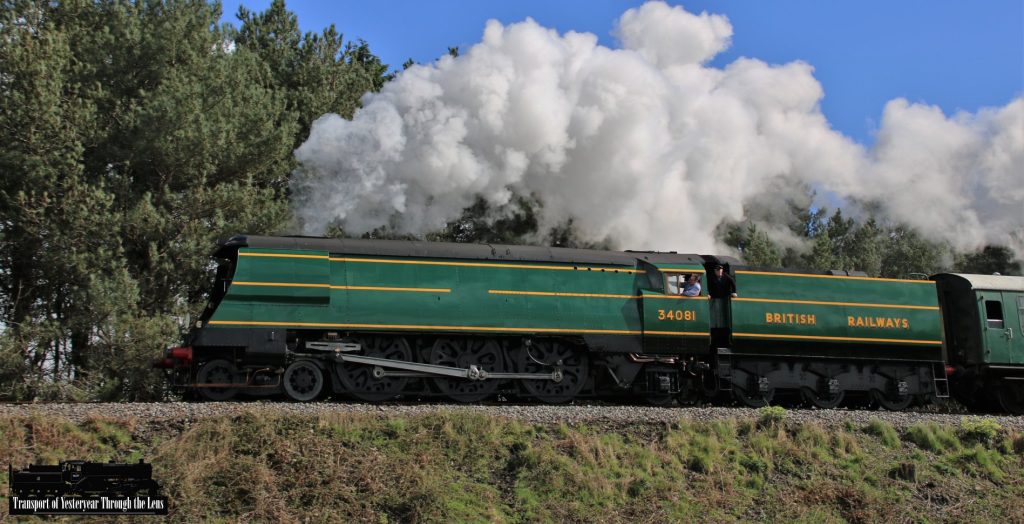 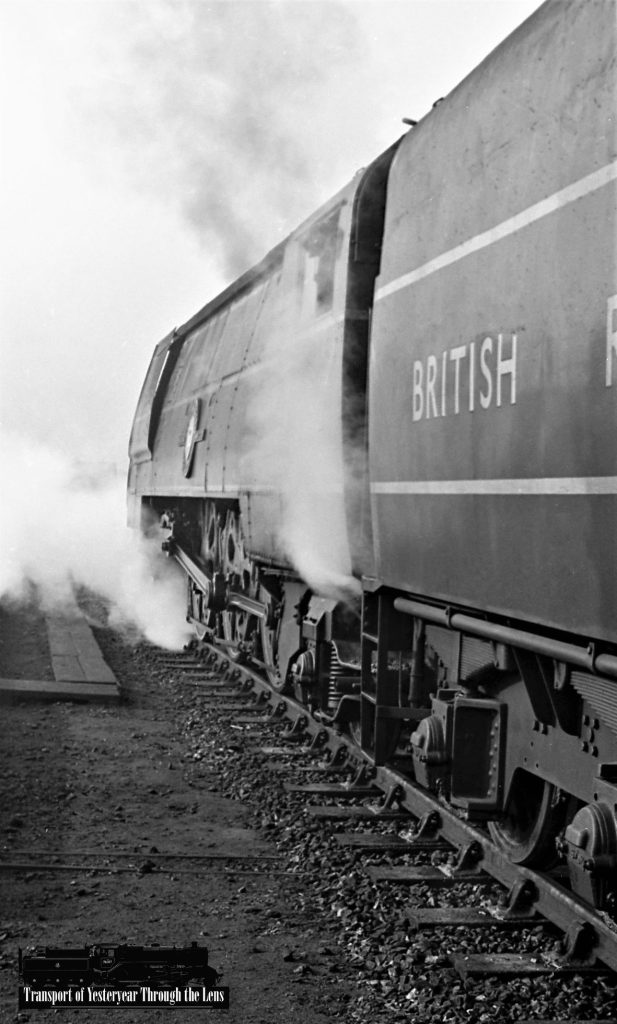 It was at this time that General Steam Navigation was re-numbered from 21c11 to 35011. When Oliver Bulleid built his new engines he adopted a new numbering scheme for all his locomotives based on Continental practice. The Southern Railway numbers followed an adaptation of the UIC classification system of using letters and numbers to designate the powered and unpowered axles, together with a running number. This first appeared on Bulleids Q1 class of engine where “C” refers to the number of coupled driving axles – in the Q1s case three. All these locomotives therefore carried numbers which started “C” followed by the individual identifier from C1 to C40. The first Merchant Navy built Channel Packet a pacific class 4-6-2 locomotive became 21C1 – where “2” and “1” refer to the number of unpowered leading and trailing axles respectively, and “C” again referring to the number of driving axles, in the Merchant Navys case three followed by the individual identifier. The remainder were numbered 21C2-21C20. The scheme was abandoned by British Railways in 1948 and the existing locomotives were renumbered under the British Railways standard system in the series 35001-35020; the final batch appeared in traffic as 35021-35030. 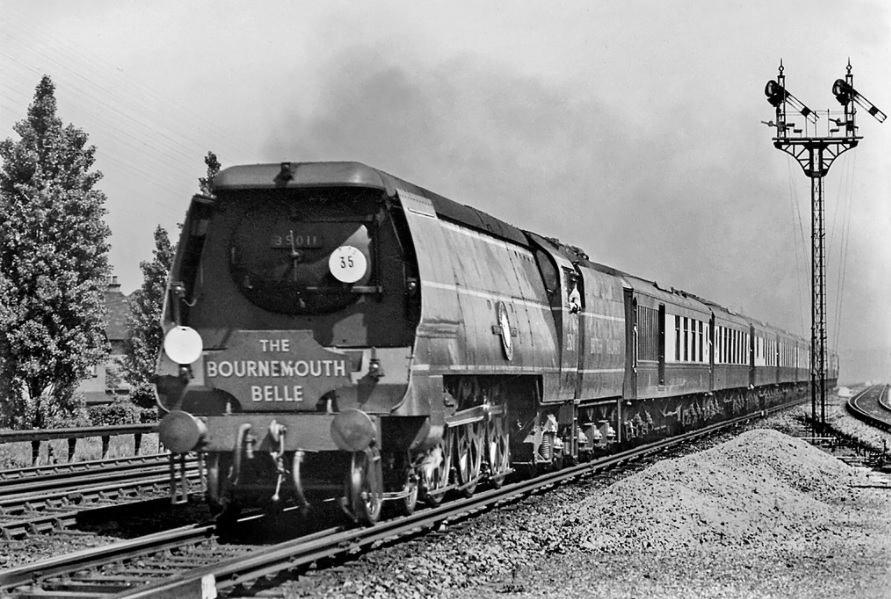 When General Steam Navigation returns to steam this livery is one of the choices our members will be able to pick from when voting but to do this we need your help. The Trailing Truck Transformers funding group continues to be our primary fundraising campaign with its objective of funding the restoration of GSNs trailing truck. The Society is pleased with the number of members who have signed up for blocks and with work due to start in the coming weeks at the North Norfolk we need to get as much funding in place as possible . We are offering a maximum of 30 members the opportunity to purchase a ‘Lot’ for £500. Members are welcome to purchase as many ‘Lots’ as they wish up to the maximum target amount.
Members of the Fund Group would receive a number of benefits including:
⚫Certificate of membership of the ‘Trailing Truck Transformers’
⚫Name engraved on a suitable brass plaque attached to the refurbished Trailing Truck
⚫Regular updates on the refurbishment of the Trailing Truck
⚫An invitation to a VIP day at the Swindon and Cricklade Railway to see the completed Trailing Truck once it is returned to the railway.
For details on how to become a Trailing Truck Transformer please click here
Thank you
Photos courtesy of Transport of yesteryear through the lens, 35011 archives and A C Cawston.